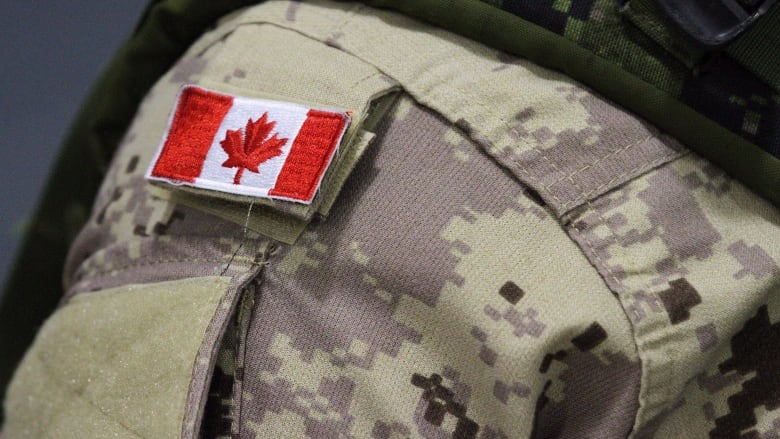 The former commandant of the Canadian Forces School of Military Intelligence is continuing to serve in the military after being relieved of his command following an investigation into allegations of inappropriate conduct.

In April, the Canadian Forces temporarily removed Lt.-Col. Raphael Guay from his duties overseeing the school in Kingston, Ont.

CBC News has now confirmed that the military decided months ago that Guay would not return to his command post because of the findings coming from the unit’s disciplinary investigation. On July 5, Guay officially reported for duty in a new role — as a staff officer at Canadian Forces Intelligence Command in Ottawa.

“Additionally, other administrative and corrective measures have been taken, including the cancellation of the former commandant’s promotion and planned posting,” wrote Department of National Defence (DND) spokesperson Daniel Le Bouthillier in a statement to CBC News.

DND did not confirm the nature of the allegations investigated, citing privacy laws.

Several senior military leaders are under military police investigation over allegations of misconduct. In the latest such case to make news, Lt.-Gen. Steven Whelan stepped aside Friday from his role as the commander of military personnel. He faces an allegation of sexual misconduct that’s been under investigation since June.

The military also postponed the appointment of Lt.-Gen. Trevor Cadieu — the person tapped to be the next commander of the army — because he’s being investigated over allegations of misconduct.

The Canadian Armed Forces’ commander of military personnel has stepped aside from the role. The military confirmed late Friday that Lt.-Gen. Steven Whelan is facing an allegation of sexual misconduct that has been under investigation since at least June 2. 2:11

Guay’s case was first made public by Global News last spring in connection with allegations brought forward by a single third-party complainant related to different incidents that could amount to breaches of conduct.

The military did not place Guay on leave during the unit’s disciplinary investigation. Instead, Guay was reassigned and worked from home as a staff officer during the review, between April and July, DND said.

Megan MacKenzie, the Simons Chair in International Law and Human Security at Simon Fraser University, said the handling of Guay’s case is another sign the military has a deep-rooted problem with misconduct.

“It doesn’t signal serious change,” MacKenzie said of the outcome of the investigation. “This is what happens. People get moved around and they can rebound.”

“Putting someone in a staff position is a very common thing that used to happen,” she said. “It almost always is signalling, ‘We have your back until this is over.’ I think it’s a really big problem.”

“Any kind of misconduct impacts fellow service members. To have them still be employed and actively working sends the wrong message about cultural change.”

MacKenzie said the fact that the military reported it didn’t have sufficient evidence to lay charges does not amount to exoneration.

Branch kept in the dark about case

Maya Eichler is an associate professor and Canada Research Chair who leads the Centre for Social Innovation and Community Engagement in Military Affairs at Mount Saint Vincent University in Halifax. She said Guay’s case underscores what survivors and commentators have been saying all along.

“That there needs to be more transparent and open communication about alleged cases of misconduct, including what happens in the aftermath of investigations, and especially when they involve senior leaders,” she said. “More transparency on the part of the military is key to rebuilding public trust in the institution.”

The vice chief of defence staff apologized earlier this month for not being transparent when it came to the handling of another senior leader’s return to work that triggered internal division and public outrage. Despite the military saying it will be more transparent, members in Guay’s branch were left in the dark about his case.

The commander of the Canadian Forces Intelligence Command only issued an internal statement about Guay’s return to work more than three months later and only after CBC News asked questions about Guay’s case. The internal memo to staff was issued on Oct. 13 — the same day the Defence Department issued a response to CBC’s questions about the case.

The memo, obtained by CBC News, notified staff to reach out to their chain of command or supervisors if they have any concerns or need support.

In a statement to CBC News, DND said the Canadian Forces Intelligence Command understands Guay’s case is a “difficult situation” for the school’s staff and students.

“Members of the Defence Team, who were directly impacted, have been addressed by the Chain of Command to ensure their well-being and to provide them with more fulsome disclosure,” wrote a DND spokesperson.

CBC News has requested a comment from Guay but has not yet received a response.