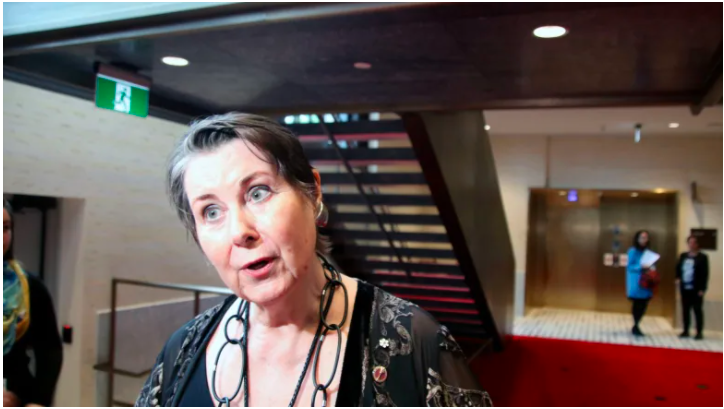 Sen. Marilou McPhedran says she’s viewed as “difficult” by other senators because of the questions she’s asked about her colleagues’ “extra-parliamentary activities.” (Chris Rands/CBC)

Manitoba Sen. Marilou McPhedran resigned today from the Independent Senators Group (ISG) just ahead of a private hearing to decide if she would be expelled from the largest bloc in the upper chamber.

McPhedran tweeted that she left the Senate group to better focus her time and energy “on issues that really matter,” such as her efforts to lower the federal voting age to 16 and “the modernization and transparency of the Senate as an institution.”

As first reported by The Globe and Mail, McPhedran faced a closed-door vote today that could have removed her from the ISG. The vote was arranged in response to McPhedran sending an email last month to senators and the Senate ethics officer that suggested Ontario ISG Sen. Sarabjit Marwah may have violated ethics rules by doing consulting work for the federal Department of Finance.

McPhedran later apologized to Marwah after the senator said he did the work for $1 in compensation and that it had been cleared by the ethics officer and law clerk in advance, The Globe reported.

The ISG charter allows for the expulsion of any member who has failed to demonstrate “decorous and respectful behaviour” and to “work to enhance and improve the Senate and its public confidence.”

The group can remove a member if “60 per cent of votes have been cast in favour of the expulsion,” according to the charter.

In a column for The Hill Times explaining her decision to leave the group today, McPhedran said that she had asked that her expulsion hearing be held in public in the interest of “due process” and transparency.

McPhedran said that she has been perceived as “difficult” for raising concerns about the “extra-parliamentary activities, with associated incomes and benefits” that senators are permitted to pursue, such as sitting on boards of directors for corporations.

“The ISG has made it clear that it will not provide a political home for someone who asks uncomfortable questions and demands a higher standard of accountability,” she wrote.

“I have seen this in my efforts to raise the bar for the standard of ethics for senators, and in my recent efforts to oppose increased secrecy and lack of reporting back to the Senate in the policy on harassment that was adopted in the last Parliament.”

ISG Leader Sen. Yuen Pau Woo told CBC News in a media statement that McPhedran “was offered an opportunity to defend herself through a fair and impartial hearing, according to the provisions of the ISG charter.” He accused her of seeking to cast doubt on the integrity of that process.

“By raising these issues outside of the hearing process, she also deprived ISG members the opportunity to hear the case for her expulsion and the rebuttal to her claims,” he said. “We wish Senator McPhedran well and will not be commenting further.”

McPhedran will lose out on research support

Prime Minister Justin Trudeau appointed lawyer and human rights activist McPhedran to the Senate in 2016. Trudeau removed Liberal senators from his caucus in 2014 and, since becoming prime minister, has appointed non-partisan, Independent members to the Senate.

As a non-affiliated senator, McPhedran will lose out on the additional research support reserved for those who belong to a Senate group.

Her exit from the ISG, which was launched in 2016, leaves the bloc with 43 senators in the 105-seat chamber.